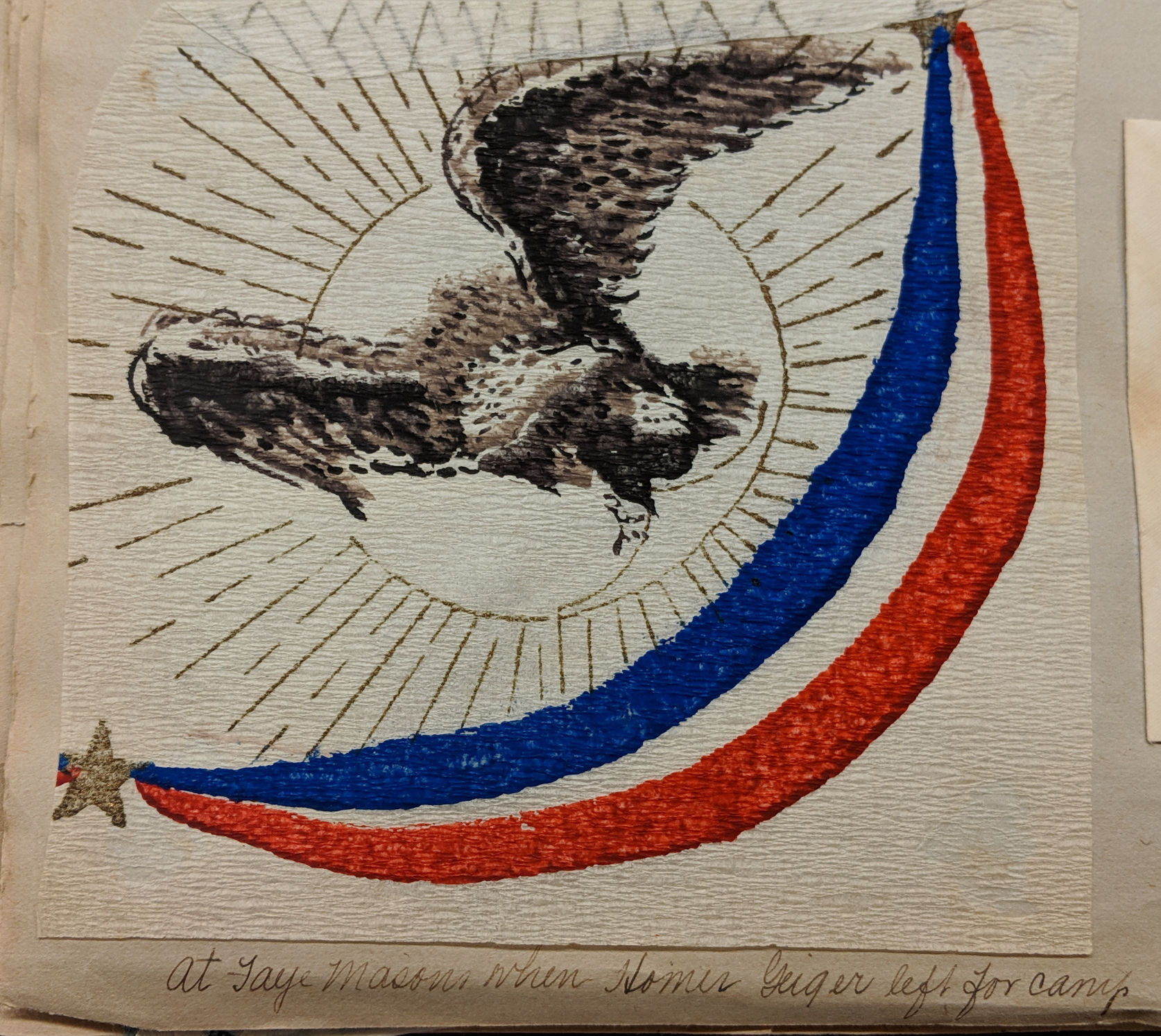 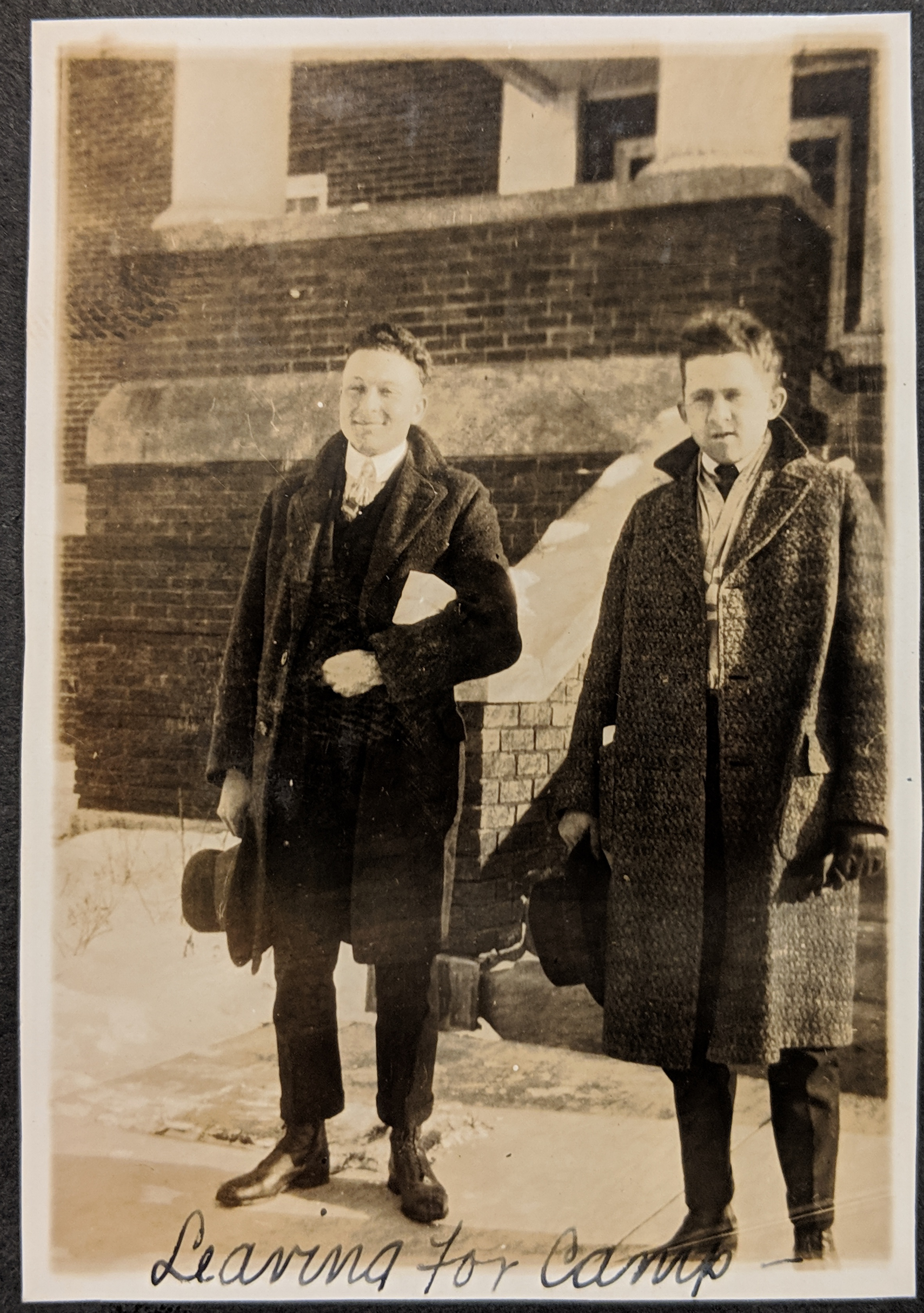 The scrapbooks of Ruth Ringelman ‘1919 and Emma Good ‘1921 are unique glimpses into the lives of Bluffton students during the late 1910s.  Photographs were treasured scrapbook content.  Both Ruth and Emma included in their scrapbooks a number of photographs of their college friends in wartime service and of the parades in Bluffton on November 7, 1918, after peace was declared.

Ruth’s scrapbook [displayed open in the exhibit] includes the photo of Delbert Welty and Wilmer Shelly with the caption, “Leaving for Camp,” as well as the letter from Shelly after his safe arrival in England (on which Ruth noted, “my first letter from ‘over there’”).

Emma’s scrapbook [displayed closed, showing the front cover embossed with a capital “B”] shares many of the same photographs but also includes a rare photo of sixteen Bluffton men, in uniform, taken on the Ropp Hall lawn, after their safe return to campus.  Emma and Wilmer Shelly were married in 1922, and Wilmer’s handwritten notations can be seen throughout Emma’s scrapbook.