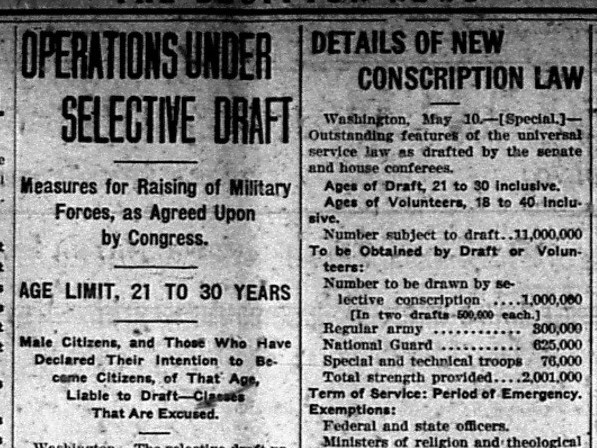 The Bluffton News issue for May 19, 1917, carried in three full columns an extensive description of the draft process as released in a Washington, D.C. newswire article. The article detailed various elements of the recently passed conscription law, in-cluding age limits, pay, the method for the draft, exemptions, and other details. 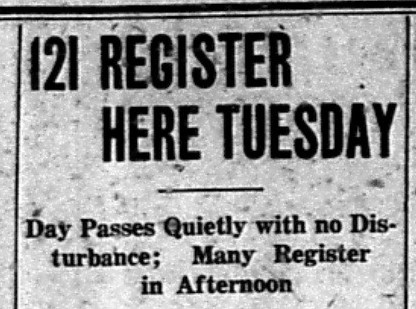 A few weeks later, on June 7, the News reported on the first round of registrations to take place in Bluffton, during which 121 men registered, their names appearing at the end of the story. 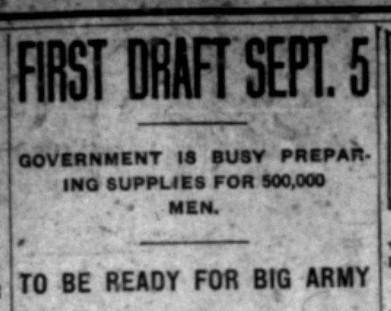 In the same issue, the News carried a Washington newswire story announcing that the first draft would occur on September 5, 1917, noting that it would likely take until that date for the government to prepare the necessary supplies and housing for the citizen army.