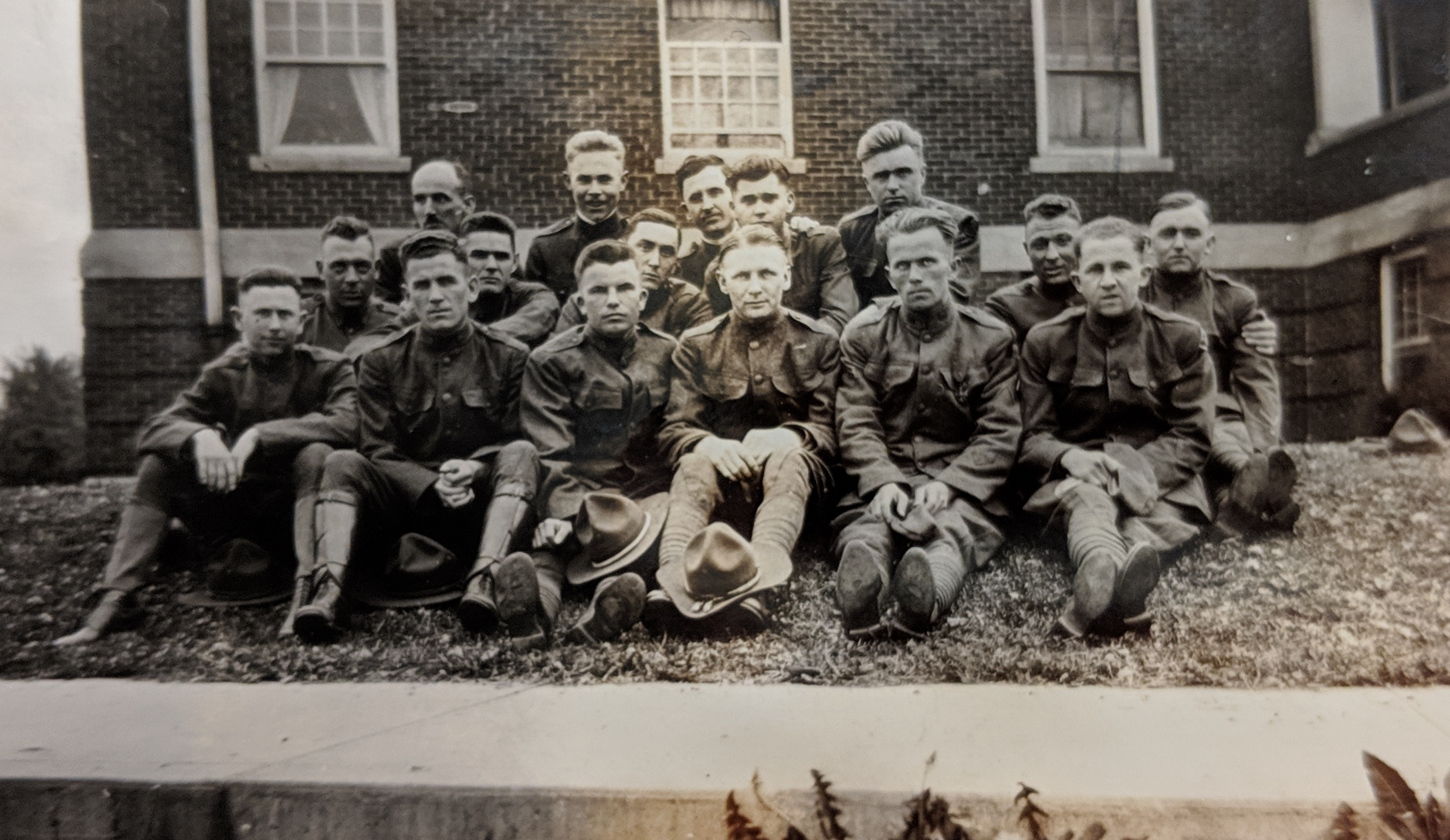 This photograph, reproduced from an original affixed in Emma Good Shelly’s scrapbook, shows sixteen Bluffton men in uniform and gathered together on the front lawn of Ropp Hall.  The photograph may have been taken during May Day 1919 activities; many of these men performed in a play about wartime service life and their experiences in camp and abroad.  The men appear in their uniforms in many of the photographs included in the 1918-1919 ISTA yearbook.

[The original photograph had no identification; a best effort was made using ISTA yearbooks…]